Hijokaidan was a noise band from Kyoto Japan that formed in 1979. They had many releases and toured the U.S. several times by the time of this live recording. For the Cyclone show they only played for 11 minutes so I added the other bands that played on that show. Skozey Fetisch were from San Francisco, Crawl Unit were from  the Bay Area and Daniel Menche was from Portland Oregon. The Hijokaidan discography shows that a recording of the Cyclone show was officially released in Japan on the Noise From Trading Cards CD in 1997. It's probably not this recording though. These are audience recordings and sound quality is good. From the master tapes. 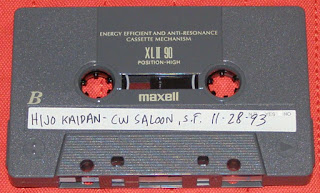 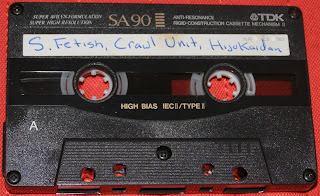 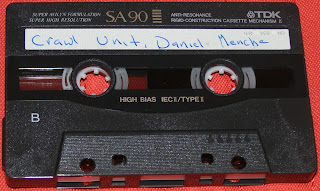