This might be the earliest live recording of The Avengers. It's recorded from the audience and sound qulity is good. [from cassette tape] 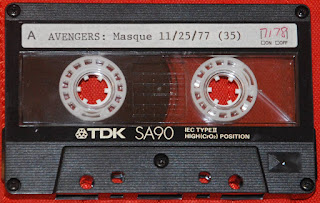 This is the third time I've posted this Bags set and the second time I've posted this Dead Kennedys set. Nothing new on the Bags set but this tape for Dead Kennedys has the encore which the other tape did not, although Rawhide cuts off and is only a small fraction of the song. I've never seen this set of The Germs around before. It has all the songs we know and love with the addition of a live version of Round And Round. I think I used to have a photocopy of the flyer for this show in the 1980s but lost it long ago. Does anyone have it? All sets were recorded from the audience and sound quality is good. 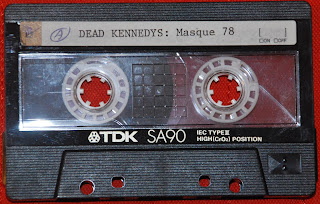 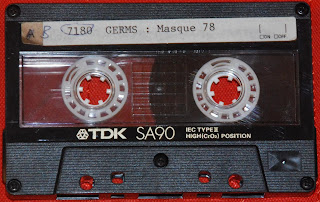 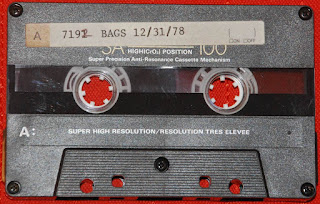 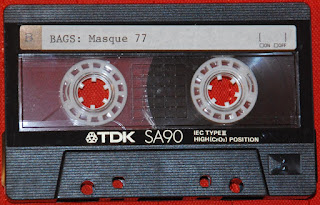 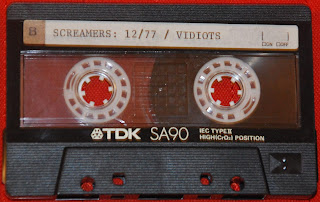 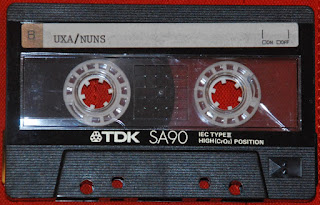 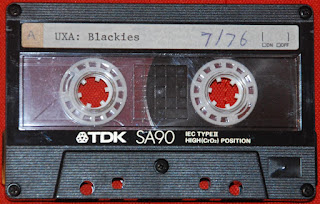 I hope everyone is surviving the covid-19 pandemic okay. The summer heat isn't doing me any kindnesses and even though I have all kinds of time on my hands I haven't felt like doing much because of the temperatures. And, while I haven't posted anything here in a little while I haven't given up but I have been digitizing some stuff for a friends blog. His blog is Freedom Has No Bounds and is dedicated to posting video and audio of bands from Philadelphia and Southeastern Pennsylvania, as well as, national and international bands that have played in the Philadelphia area over the years. So go over there and grab some stuff.

On a similar note, I became a tape trader in 1982/3 and traded all the way up to the late 1990s when everything went digital with CD-Rs. That's when the tapes went into boxes and stacked in the closet. I started digitizing some tapes about 20 years ago but it was an overwhelming task because I had so many. Plus, I was also busy with other things. When it came time to move to a new residence in 2014 I decided I didn't want the tapes anymore and no one I knew was really interested in them, either. But I heard that a tape trader friend I had in the 1980s had donated her tapes to the Maximum Rock 'n' Roll tape archive. I thought that was a good idea so I also contacted MRR and asked if they wanted my tapes. They did and they said they would digitize them, which I thought was also great. In 2014/2015 I sent them most of the hardcore part of my collection. Over the years I surfed the net looking to see if any of those tapes had been digitized and posted on websites or blogs. But, I never found anything until about 1.5 years ago. Some things started showing up on two blogs run by the same guy. Escape Is Terminal and Terminal Escape are those two blogs.

Most of the posts on Escape Is Terminal from April 2019 to the present are from tapes that were apart of my collection. And, on Terminal Escape, which is only for demo tapes, the War Of Destruction, Abeyance, Syphilitics, Just A Product, Johnny Rotten, Sham 69/Jimmy Pursey, v.a. This Tape Sucks, Youth Brigade (DC), Murder Burger, Self Abuse, and a few others are from my old tapes. So you can see what my tape collection looked like in the 1980s. Of course both blogs have a lot of great stuff posted so you should go over there and fill your harddrive with lots of great stuff.
All my posts for Australia and New Zealand are finished and I had been planning to post stuff from Europe next followed by a lot of stuff from England. However, almost a year ago I got in a small collection of tapes of mostly Punk stuff from California covering the years 1976 to about 1980 and a few things from the early 1980s including some uncirculated live recordings and a few demos by known and unknown bands. So, the next posts are gonna be all that California stuff. I also have California stuff from two other tape collections plus Cali stuff from another collection. I think the rest of the year is gonna be all California. 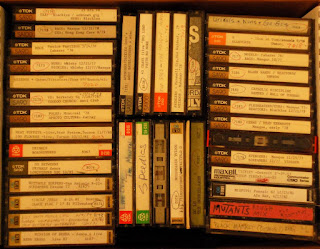 And finally, on September 13th it will be 10 years since I started blogging. I really started this blog because at the time I had a class where I had to learn how to make a blog and use html. The content I had to post on my class blog was all class related and boring so I thought I could learn blogging better if I made a blog posting stuff that interested me. Ten years on and it has worked out very well and digitizing tapes has become a little time consuming hobby. Some days I wonder if I should keep going for another ten years or move on to other things. I have access to thousands of tapes and could easily keep going for a long long time. 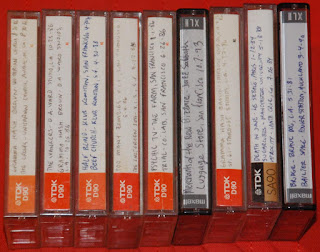