This show was recorded on New Christs first European tour in Backnang Rock City. The line up features Rob Younger - Vocals, Jim Dickson - Bass, Charlie Owen - Guitar, and Nick Fisher - Drums. Kent Steedman of Celibate Rifles joins them for two songs. This is a soundboard recording. There is a bit of hiss but sound is very good. 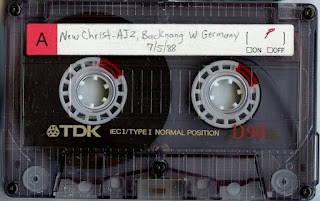 New Christs were from Sydney Australia and were started by former Radio Birdman singer Rob Younger in 1980 and released their first single in early 1981. Younger continued the band with a completely different line up after the single. On these recordings Rob Younger sings, Chris Masuak (also from Radio Birdman and later in The HItmen) and Kent Steedman (from Celebate Rifles) both on guitar, Tony Robertson (previously in the Punk band The 31st and later in The Hitmen) on  bass, Mark Kingsmill (also in The Hitmen and The Hoodoo Gurus) on drums, with Ron Peno (also from The 31st) singing harmonies. This line up recorded two single. These recordings are both audience tapes and the sound quality is good. At the Tivoli show the band were supposed to be the opening band for Iggy Pop but Iggy called in sick that night. The tape didn't come with a complete date but it could be July 1 or July 3. 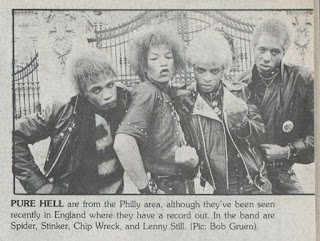 Okay, it's time to get moving with some new posts. Sorry for the long delay between posts but now with having all the time in the world to blog because of isolating due to coronavirus I should be able to get something done.

I'm not quite finished with the Japanese posts. The Boredoms in London tape is buried in a box somewhere and I haven't come across it yet and the Ruins show in Turkey needs some extra special attention which might include connecting my stereo up in a different way to get the desired results. I'll work on those over time and hopefully get everything all worked out.

A few months ago I got in a great collection of tapes that has some uncirculated rarities in it. I thought I might do those now but I think I'm gonna do what I originally planned and post stuff from Australia and New Zealand because I have only a small number of shows from that region. After that I'll start posting stuff from the new collection. 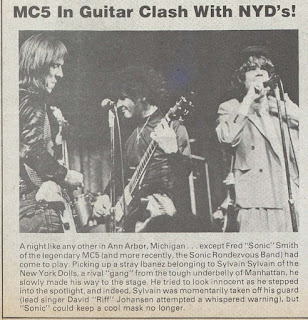