17 Pygmies were a Los Angeles band that featured members of Savage Republic and Radwaste. The band have been describes as New Wave Pop/Tribal/Experimemntal. They formed in 1982 and released two albums and a single between 1983 and 1985. This show is an audience recording and the sound quality is good. Can anyone figure out the unknown song titles? 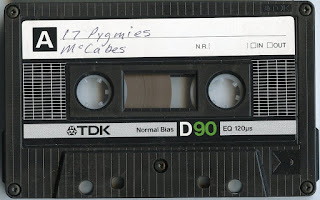