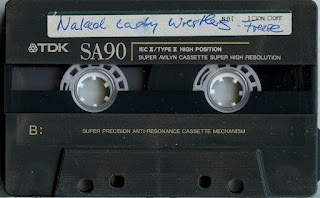 Here's the Freeze from Boston. I found these three songs on the end of a tape along with a few other Freeze songs that are now officially released. Knockweed is from 1981 and the other two I believe are from 1986. A version of D.E.A. was released on their 1990 album  Misery Loves Company and No More Idols is a Nervous Eaters cover. I haven't found it in the Freeze discography so I assume it was never released. Nervous Eaters only released a version of it in 2002 on their Eat This CD. The version here runs off the end of the tape so it is not complete but most of it is there. Very good sound quality.