Royal Family & The Poor were a post punk band from Liverpool England who had several releases on Factory Records between 1980 and 1986. They continued on and off in one form or another until 2010. The Stafford show is a soundboard recording and had very good sound quality. Two songs from this recording were officially released in 1986 on the Live 1983-1985 LP. The demo is excellent quality. and, the London show is an audience recording that was recorded from the back of the hall. Unfortunately there are people talking throughout the recording so it is not easy to hear the band. 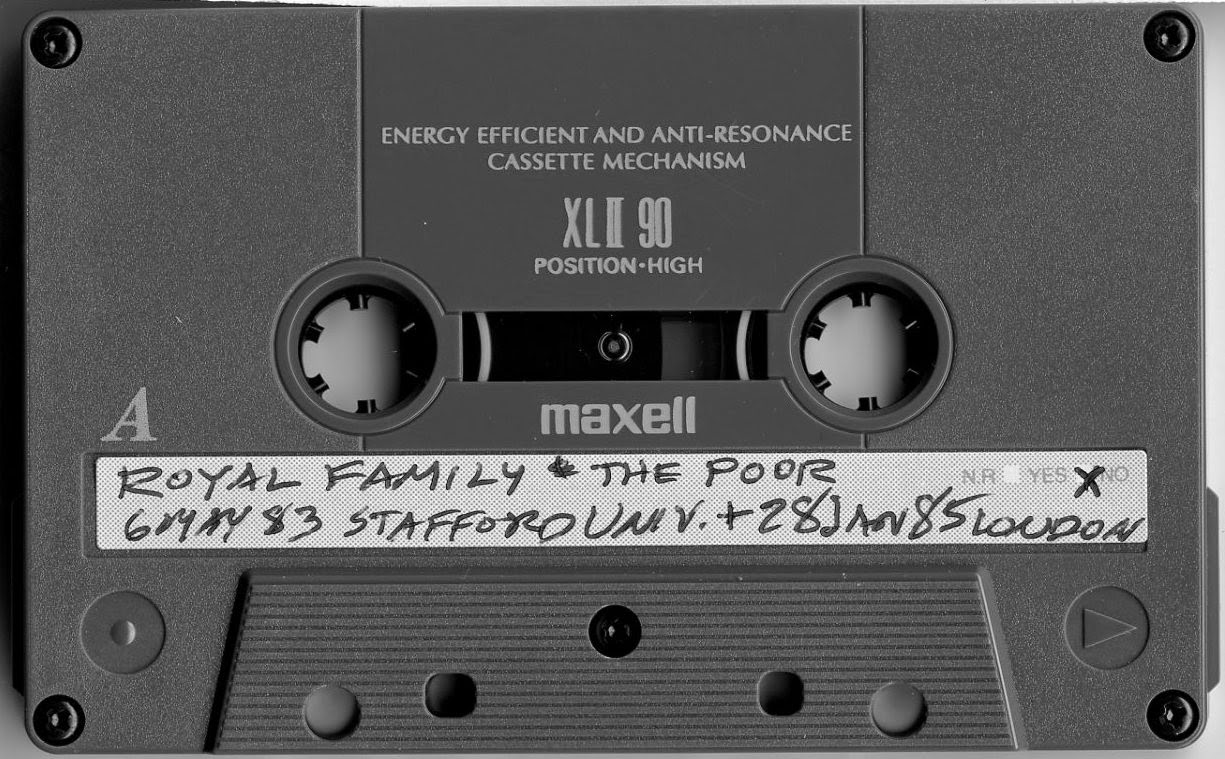