Gramma Hash Brown was a political Punk Folkie who played around Los Angeles in the mid-1980s. I don't think he ever released any records. SP.61 play minimal experimental soundscapes. some of their members were apparently also member of Postwar who I posted a live show of on this blog before. They don't seem to have released anything and I have no other info on them Both sets were recorded from the audience and are from the master tape. 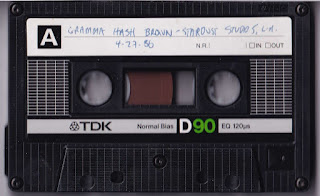 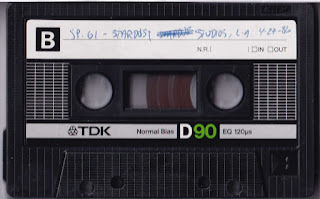