Unnatural Axe were from Boston. They started in 1977 and existed until about 1980. In 1978 they released one four song ep and also had one song on a compilation LP in 1979. Three of those five songs are played at this show plus a few others that were not released at the time. 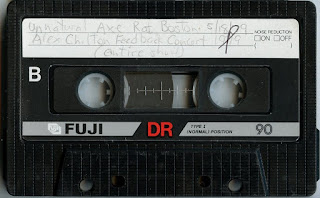