In 1977 Skrewdriver were just another British Punk band. They released one LP and two singles on the Chiswick Records label in that year and also recorded a Peel Session. The live show is an audience recording with good sound quality and the Session is from a radio broadcast with good sound quality also. Chelsea also played at this Marquee gig and there is a tape of their set out there, I've seen it on a list once over 30 years ago but have never been able to track it down since. Does anyone have it? 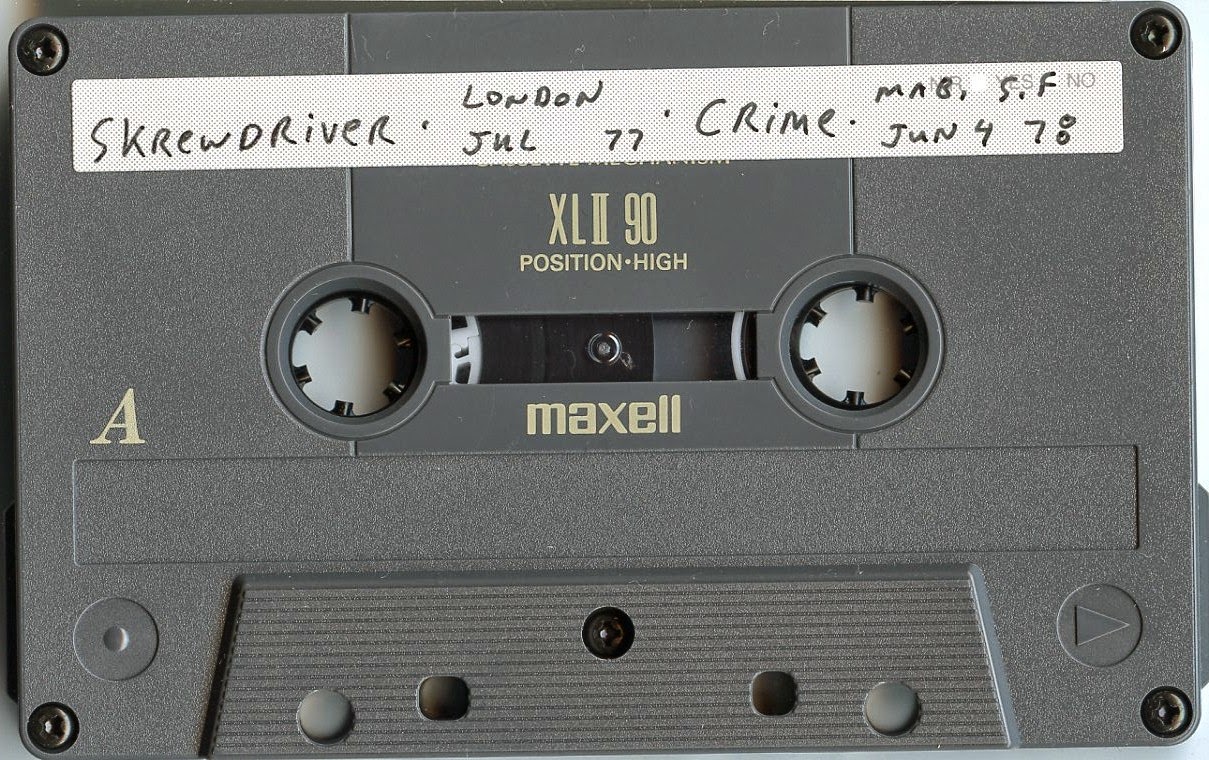