The Hard Ons are a Punk Pop band that released their first record in 1985 and still seem to be at it in 2020. Two of the songs on this demo were released on a 7inch single in 1986. The versions here seem to be different than the ones on the record. It's unclear if the three version on this demo were ever officially released. Can anyone fill in the unknown song title? Sound quality is excellent. 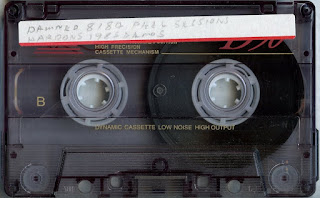