Homo Picnic were formed in 1984 by three members of the band Kremlin Korps after that band split up. By the end of the year they put out the Blood On The Walls tape. A few months later they put out the second tape. One song from the 1985 demo was included on the Discpan Hands-A Philadelphia Compilation LP that was released in 1986 and two songs from the 1985 demo were released on a comp. 7inch ep in Germany titled Breaking The Silence that came out in 1987. In early 1985 a new bass player was added and by mid-1985 the singer left. The band carried on and released an LP in 1986. Sound quality on the demos is excellent. The interview was conducted at the end of 1984 or beginning of 1985 and was intended for publication in Maximum Rock 'n' Roll but I don't know if it ever was. The recording is a bit distorted but is an interesting listen. 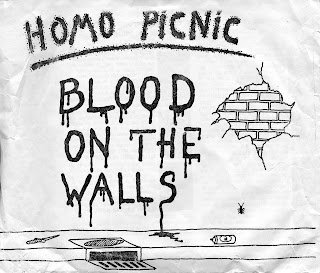 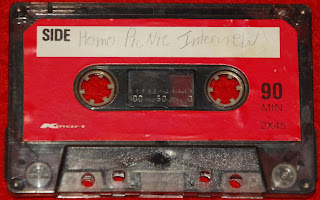